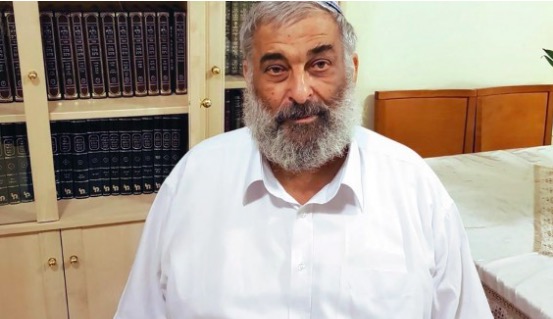 Four resuscitations including more than 30 electric shocks from a defibrillator and, “I left death to live,” shares Rabbi Yisrael Klein, the 66-year-old rabbi of the Yefeh Nof congregation in Jerusalem. Rabbi Klein has long suffered from coronary artery disease, a narrowing of the coronary arteries. He underwent a catheterization some years ago but the disease continued to progress. Recently, while celebrating Purim, Rabbi Klein went into cardiac arrest. Also at the party was a volunteer paramedic who had a defibrillator and saved Rabbi Klein’s life.

Testing showed that the disease had progressed significantly and that another catheterization would not suffice. Dr. Salis Tager, head of Shaare Zedek’s Ruth and Hyman Matloff Department of Cardio-Thoracic Surgery, performed bypass surgery, during which a balloon was also implanted in the heart to act as a pump that would help the heart provide its full output.

“We were very satisfied with the surgery,” Dr. Tager said. “Everything looked good, but the next day the patient suddenly suffered from a rhythm disorder.” He underwent resuscitation for over 20 minutes before regaining his heartbeat. He then suffered from heart palpitations which can be life-threatening.

Rabbi Klein was sedated, and put on a respirator, and connected to an ECMO (extracorporeal membrane oxygenation) machine, which takes on the functions of the heart and lungs while the heart rests and recovers. After several days, the doctors saw an improvement and weaned the rabbi off the machine. But 24 hours after his heart started working independently again, he suffered another bout of heart palpitations and was again connected to the ECMO device. He also underwent another catheterization to expand his arteries to allow for better blood flow.

“After the cardiac arrest, the doctors were not very optimistic,” Rabbi Klein remembers. “They told me that a very small percentage of patients come out of such situations. However, with the professional and dedicated care that I received at Shaare Zedek, and thanks to all of their efforts, I feel that I have gone from dead to living. The date of my release from the hospital is an additional birthday that I will be celebrating from now on… The doctors never gave up — they treated me as if I was their own son. My recovery is due to the devotion of the doctors, who were God’s messengers, and thanks to the prayers of many people.”

By admin|May 4th, 2018|News|Comments Off on Four Resuscitations, 30 Shocks, One Life Saved