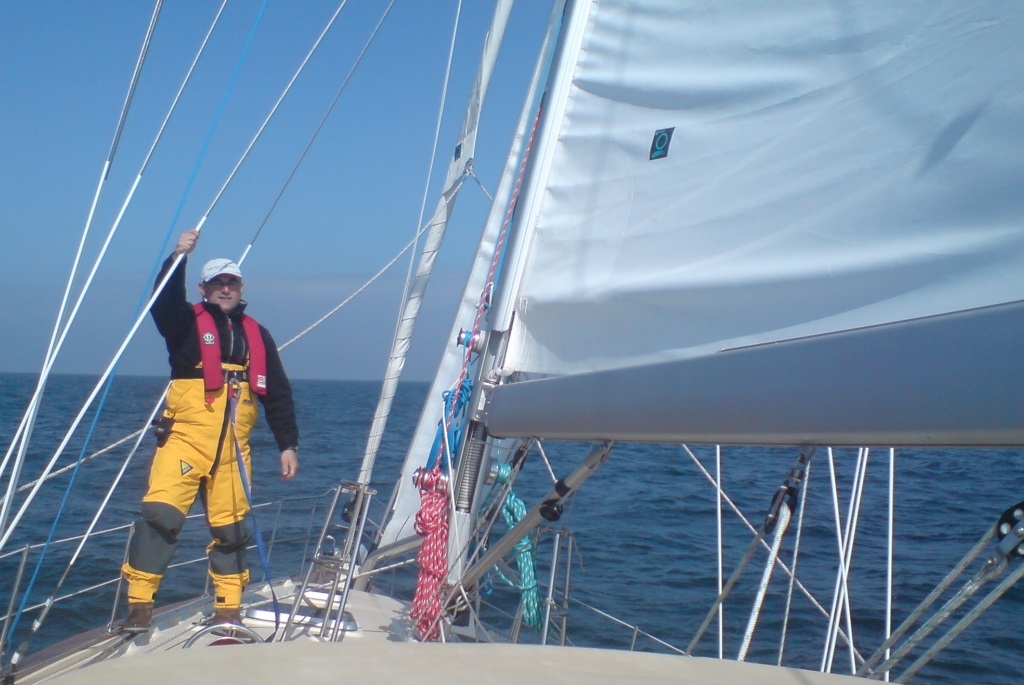 The Paull family, of the United Kingdom and California, have dedicated a Mother’s Milk Room in Shaare Zedek Medical Center’s Neonatal Intensive Care Unit (NICU) to honor the memory of their late mother, Ruth bat Zvi z”l. Several months ago, one of the brothers, Jonathan, of England, actually sailed from the Canary Islands to the West Indies to raise money for the project. The trip would take most people a little more than 12 hours by air, but his voyage across the Atlantic with a

crew of three — over 2800 nautical miles — took three weeks. With the “Great Atlantic Challenge” behind him, Jonathan, and his brother Gideon, of Northridge, CA, and their families, including their mother’s brother, recently gathered at the NICU for the dedication.

Gideon Paull (right) of Northridge, CA, with his brother Jonathan Paull, of the United Kingdom.

“To save a life is to save the world,” Jonathan shared, and “nowhere is this clearer every day so many times a day then at Shaare Zedek, a hospital not just with a heart but with a soul that makes the world a better place. Shaare Zedek Hospital in Jerusalem is a very special place, but until I experienced it first-hand I had little idea of just how incredible and special a hospital can be.” 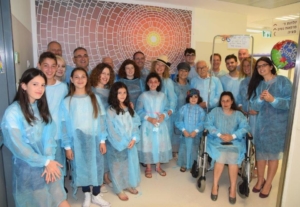 When their mother arrived at Shaare Zedek in 2013 she had late stage Parkinson’s disease and was suffering from severe pneumonia and complications of Parkinson’s. Jonathan was amazed by the treatment his mother received. “You see, Shaare Zedek treats every patient of whatever age, color or creed from across Israel, the West Bank, Gaza and elsewhere in the Middle East, on the basis that every single life is valuable,” he said. “No distinction is made between the patient who is young with years ahead and one that is old with a lifetime behind them. It took very little time for me to realize this and understand that my mother was probably receiving the best care available in the world.”

Dena Yael, the NICU lactation consultant, and Dr. Alona Bin-Nun, a senior doctor in the NICU, explained the importance of the Mother’s Milk Room and how it helps mothers provide their newborns with their own mother’s milk, which has been shown to have significant impact on children who are born early and with low birth weights. 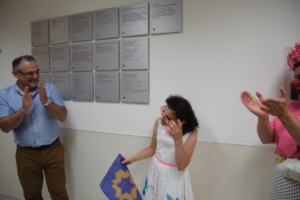 On his last night at sea, Jonathan shared his thoughts on Facebook:

As the sun begins to go down on our final night before our planned arrival in St. Lucia early tomorrow morning I would like to thank you all for your kind and generous support.

The Great Atlantic Challenge for Shaare Zedek was conceived whilst I sat by my mother’s bedside in the geriatric ward during her final days back in 2013. I saw the care and attention she was receiving — I saw the care for life she was given by the incredible staff. She was treated to the best as if she had years ahead of her and was many decades younger.

As I wandered the corridors of the hospitals 6th and then 8th floor all I could be was impressed with the level of care and compassion. I knew I had to do something to support Shaare Zedek.

To say thank you, thank you for looking after our Mother so well in her dying days. Thank you for being a beacon of care and compassion thank you for valuing life as if the very being of the world rested upon it. Thank you for showing the world that Israel is a light unto the nations and that care and the value of life transcends culture race and religion. Just thank you Shaare Zedek.

Many thanks to Jonathan Paull and Gideon Paull and their extended family for this wonderful contribution to Shaare Zedek Medical Center.