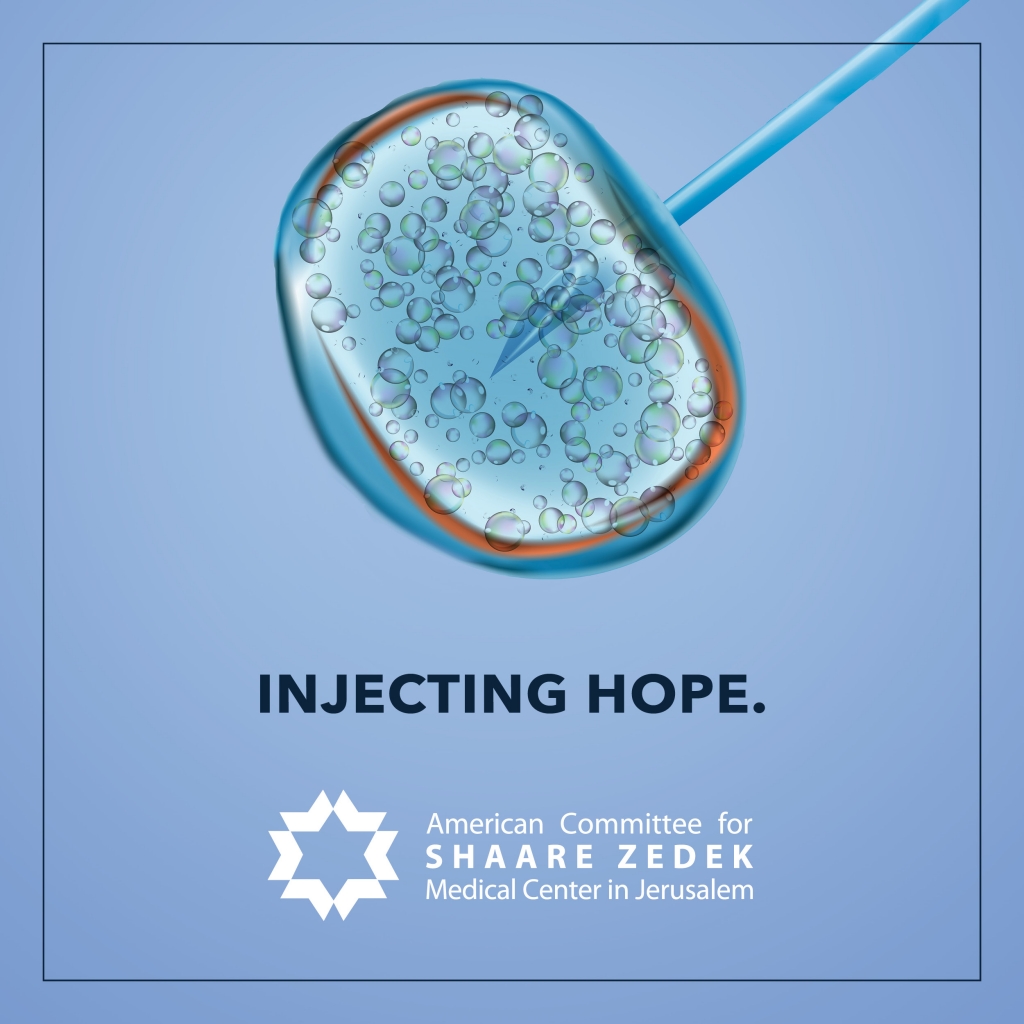 Deep inside Jerusalem’s Shaare Zedek Medical Center, a dedicated team of doctors, technicians, and geneticists, armed with an alphabet soup of treatments with names like IVF, PGD and PGS, spend their days helping couples overcome serious fertility issues. Shaare Zedek, which has been providing medical care to Jerusalem since 1902, is on the cutting edge of assisted reproductive technologies, making the miraculous seem almost routine.

Prof. Jonathan Halevy, who stepped down in March 2019 as director-general at Shaare Zedek, explains, “At Shaare Zedek, we have created an infrastructure able to recognize the potential for new medical technologies and find ways to integrate them for the benefit of our patients. In-vitro fertilization (IVF) and preimplantation genetic diagnosis (PGD) are prime examples of this approach.”

According to the hospital, Kupot Holim medical organizations in Israel cover the cost of IVF and PGD fertility treatments until the couple has up to two children via these procedures. Other countries are much more restrictive in the amount of IVF treatments that are offered, and costs are much higher – a situation that Halevy says has helped make Israel an innovator in these technologies.

The IVF process involves three stages: ovarian stimulation, which increases the number of eggs; egg retrieval and fertilization using sperm in a lab environment; and embryo transfer into the uterus, which results in pregnancy. Of the hundreds of IVF procedures that are performed each year at Shaare Zedek, 75% are performed for couples who have difficulty conceiving. The remaining 25% of the IVF procedures are associated with PGD.

First developed in 1990, PGD allows doctors to perform genetic profiling of embryos prior to implantation and is used to prevent certain genetic diseases or disorders from being passed on to the child. The embryos used in PGD are created during the IVF process. PGD is invaluable in situations where one or both parents are carriers of certain genetic conditions and run the risk of passing on a genetic disease or chromosome abnormality to their children. PGD procedures at Shaare Zedek are carried out in accordance with Jewish law and religious authorities are consulted when necessary.

Professor Gheona Altarescu has been the director of Shaare Zedek’s Pre-Implantation Genetic Unit since its inception in 2004, which was spearheaded by the generosity and vision of Rabbi David and Anita Fuld. Altarescu explains that using PGD technology, “you can screen for any genetic disorders that you know the cause of.” Conditions such as Down’s syndrome, Tay-Sachs and many others can be avoided by performing PGD and selecting embryos that do not have these genetic abnormalities.

Altarescu cites numerous cases of PGD procedures that have ensured births of normal children without problems.

“We had one family where both parents were carriers for NAGS deficiency, a very rare disorder that affects the processing of proteins and ammonia from the body. After undergoing IVF and PGD, today they have two healthy children.” She adds that, “Even if the disease is extremely rare, if you know the gene, we are able to do it.”

She mentions another case where a couple had a child who was suffering from a bone marrow disorder and needed a bone-marrow transplant to survive.

“They couldn’t find a suitable match, so using PGD we returned an embryo that was a perfect match for the affected child at home. Once the baby was born, they took the umbilical cord blood, extracted the stem cells, and transplanted them to the affected child, and he now is healthy. We were the first ones to do it in Israel.”

She also recalls a case where a mother suffered from achondroplasia, a bone growth disorder that causes disproportionate dwarfism. The woman had previously given birth to a child who was born with the same condition. She understood that her child faced a difficult life. When the couple decided to have another child, they underwent PGD, and she gave birth to a healthy child.
Altarescu explains that Shaare Zedek has a personalized approach to PGD treatment.

“There are several things that make it special at Shaare Zedek. First of all, we are doing personalized medicine – meaning that we have the option to do all the types of possible biopsies. When you do PGD, you have three biopsy options – the egg, one cell of a three-day embryo, or to biopsy several cells of a five-day embryo. There are some hospitals, mostly overseas, that will do a five-day embryo. In Israel, most do the three-day embryo biopsy. What is right for one couple is not right for another couple. You need to individualize it, and understand what is best for each couple, also in terms of the genetics, in order to give the best, most accurate results, and also in terms of the in-vitro fertilization lab, what provides the best chance of a woman to get pregnant. We are the only lab that performs all types of biopsies.”

Shaare Zedek was the first hospital in Israel to count the number of chromosomes to test for Down’s syndrome and other chromosomal abnormalities together with genetic disorders. Altarescu says that Shaare Zedek performs research investigating the long-term welfare of babies born via PGD.

“We published a paper in which we checked neuropsychologically after their birth, to see if there was any damage from PGD and we demonstrated that there is no damage.”

UNDERGOING IVF procedures can be emotionally challenging for couples. The process can often see quick shifts between hope and elation and despair and guilt.

“While the reality is that these are medical or anatomical issues that no one can be blamed for, there is no disputing that it is a deeply challenging process from the emotional perspective and part of our mandate is to respond to those challenges,” Halevy explains. Fertility treatments can be an emotional roller coaster. Within one cycle of IVF, moods can change between elation and sadness, confidence and worry, hope and despair and guilt and blame.”

In order to help ease patients’ stress, the hospital has organized yoga lessons for women undergoing fertility treatments, in order to improve their general state of mind.

Shaare Zedek does more PGD treatments than any other hospital in Israel. Much credit goes to the work of the Fuld Family Department of Medical Genetics, led by Prof. Ephrat Levy-Lahad who has served as one of the key figures in successfully advancing the approach. Levy-Lahad was awarded the 2018 EMET Prize for her innovative research in genetics and bioethics and regularly contributes to national and international research and conferences on these topics.

Altarescu describes the great personal satisfaction she derives from her work.

“You have to see my office with the walls all covered with pictures of babies,” she says. “The only thing that I ask after they are born is that the parents send me a picture. That’s the best present.”

This article was written by Alan Rosenbaum and was originally published in The Jerusalem Post in cooperation with Shaare Zedek Medical Center; it appears here slightly edited.