Fifteen-thousand Israelis suffer a stroke each year. About 2000 of them reside in the Jerusalem metropolitan area and, at present, relatively few receive the appropriate treatment on time, mainly due to delays in arriving at the ER. During a stroke each minute is critical, and the geographic location of the hospital is crucial to the success of the treatment. Shaare Zedek’s central location is therefore lending great urgency to a project to greatly expand its existing neurological services. 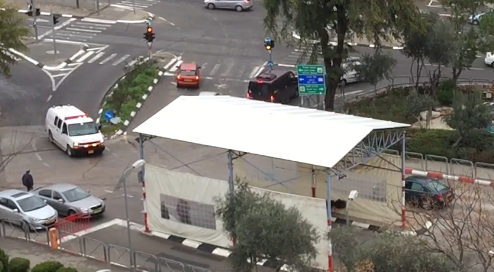 Beginning with a new Stroke Diagnosis and Treatment Unit and the ability to perform emergency cerebral embolectomies, Shaare Zedek is preparing to open a comprehensive Institute of Neurology before the end of 2016. It will encompass the three major pillars necessary for the diagnosis, treatment and monitoring of patients with neurological conditions: the Stroke Unit, an Interventional Neuroradiology Service, and Neurosurgery.

“We are at an advanced stage in establishing the Stroke Unit and a Neurological ICU,” says Dr. Roni Eichel, a specialist in neurological intensive care, who will head the Stroke Unit. “The goal is to provide stroke patients in Jerusalem with a rapid and extensive expert response. The central location of the hospital, combined with our professionalism and high standards of care, play a vital role in receiving timely treatment.”

Shaare Zedek now serves more than 1.2 million people. Internationally recognized data estimates that for every 100,000 persons, approximately 200 will require care for a stroke in a given year. This adds up to more than 2,000 stroke cases annually in and around Jerusalem. By conservative estimates, Shaare Zedek will soon be treating approximately 1,000 stroke patients each year.

‘Faster, Higher, Stronger’ is the well-known motto of the Olympic games, whereas ‘Faster, Faster, Faster’ is the new motto at Shaare Zedek for treating stroke patients.

“In any case of a stroke, each minute of delay in treatment results in the death of more than 2 million brain cells,” Dr. Eichel explains. “The time window for thrombolysis (pharmaceutical treatment) is 4.5 hours from the first onset of symptoms; with an emergency cerebral embolectomy this window can be extended to 6-8 hours.”

All relevant personnel at Shaare Zedek are currently undergoing comprehensive training in an innovative approach to the admittance of stroke patients. Intensive preparations are also underway to open the new Cerebral Embolectomy Unit and a Neurosurgical Department.