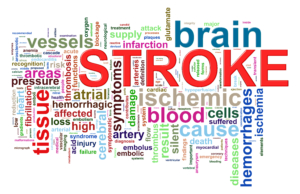 Advanced new services becoming available at Shaare Zedek for patients who experience a minor stroke or temporary ischemic attack (TIA) are the inaugural aspects of the Hospital’s “Brain Center,” a comprehensive neurology institute which, when fully rolled out, will house Jerusalem’s new Stroke Unit to diagnose, treat and monitor patients who suffer strokes, as well as trauma in terror attacks or accidents, brain tumors and other acute neurological conditions. It will be comprised of an Interventional Neuroradiology Unit, the Stroke Diagnosis and Treatment Unit, and a Department of Neurosurgery.

There is said to be “a golden hour” in which to save victims of serious trauma. Following a stroke, however, the difference between life, serious impairment and death are measured in minutes. For every minute elapsed from onset until appropriate care, the patient’s brain loses approximately two million neurons. The extent of preventable damage is similarly measured: the chance of surviving without disability shrinks 14% every 10 minutes from onset until care. And internationally-recognized data estimate a new stroke unit in the fast-growing Jerusalem area could expect to see over 2,000 stroke patients each year.

The Interventional Neuroradiology Unit will incorporate all necessary components to help people suffering serious neurological episodes. Minimally invasive image-based technologies will speed diagnosis and locate a clot or bleed in the brain. For some patients, a drug called TPA can dissolve a clot and reduce damage if administered within three to four hours of onset of the stroke.

The Stroke Diagnosis and Inpatient Unit will include six beds equipped and staffed as a Neurological ICU with physicians and nurses specifically trained in the care of stroke victims. Many patients may require lengthy hospitalizations and intensive monitoring. Within the Stroke Unit, there will be close coordination with relevant therapists, dieticians, and social workers.

It is also critically important to the Jerusalem region that Shaare Zedek develops a comprehensive Department of Neurosurgery to treat the widest variety of neurological medical cases and victims of trauma. A team of accomplished surgeons is being recruited to provide a dedicated focus on the surgical removal of brain tumors. And Jerusalem has a highly disproportionate number of trauma cases relative to its size, primarily due to terror attacks. Many trauma cases, particularly those resulting from terror or vehicular accidents, require extensive neurological intervention and, in many instances, surgery. Shaare Zedek has treated more than 75% of the victims injured in the wave of terrorism that began last fall, but currently, head trauma victims must be transferred to Hadassah, with attendant delays in treatment and additional stress for patients.

A glance at the map of Jerusalem makes it acutely clear that Shaare Zedek is near the geographic center of the city and is best positioned to save lives and reduce disability for victims of stroke and head trauma. The Hospital stands about 30 seconds by ambulance from the main Menachem Begin Highway which traverses the city and is the closest major hospital to the vast majority of residential neighborhoods in Jerusalem and its immediate environs.

However, Shaare Zedek receives no government funds. This vitally important lifesaving project becomes feasible only through the assistance of friends of the Hospital and the people of Jerusalem. Please help us save and improve tens of thousands of lives in the years ahead.