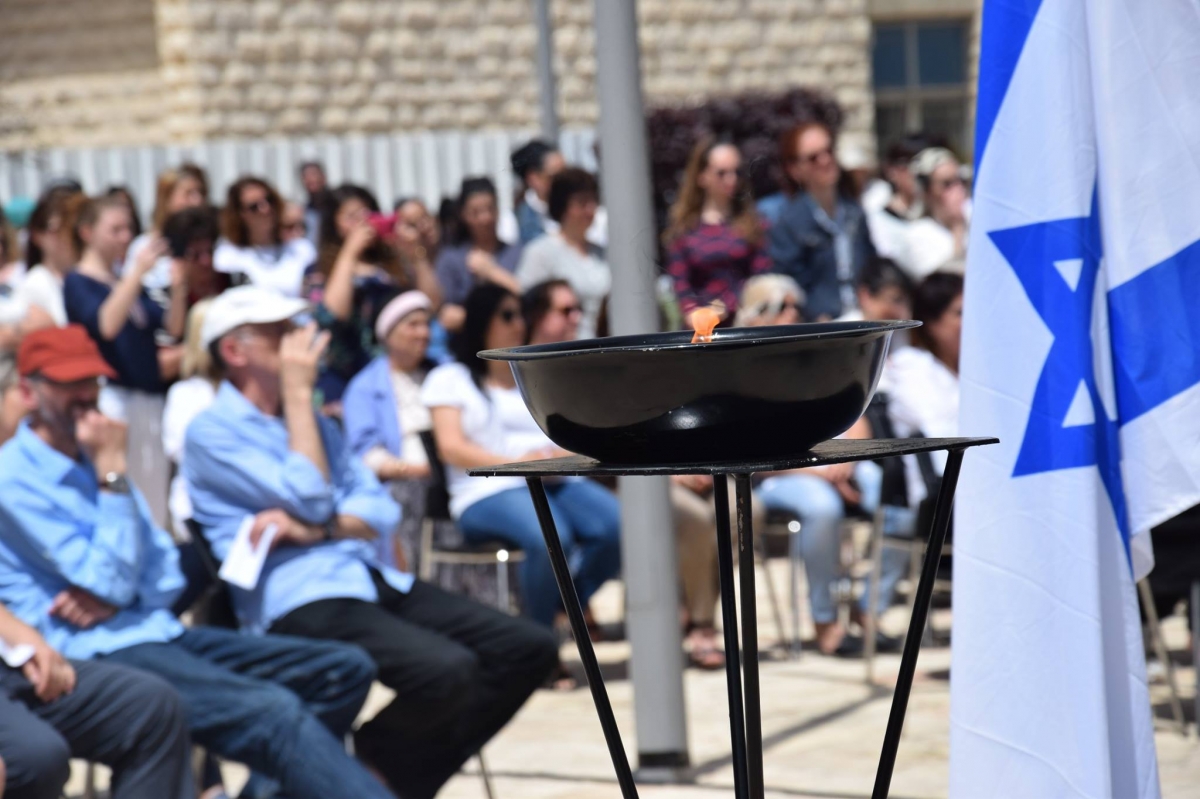 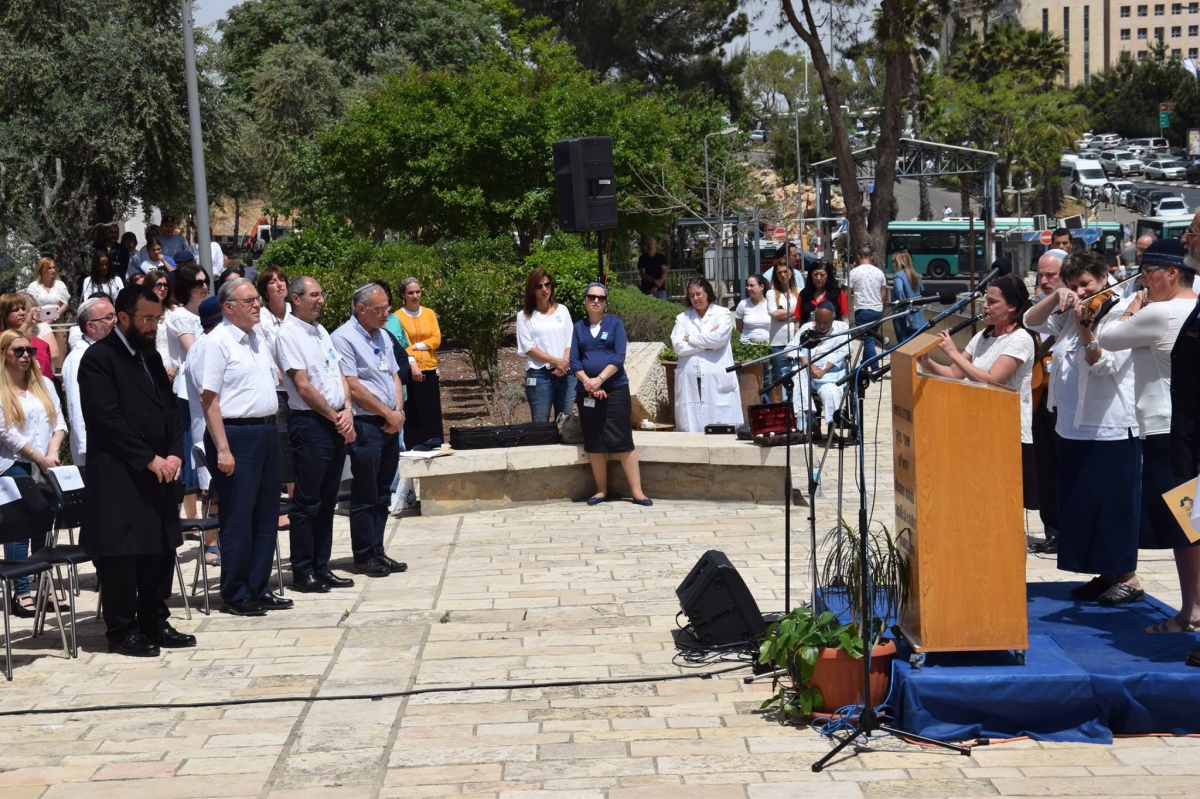 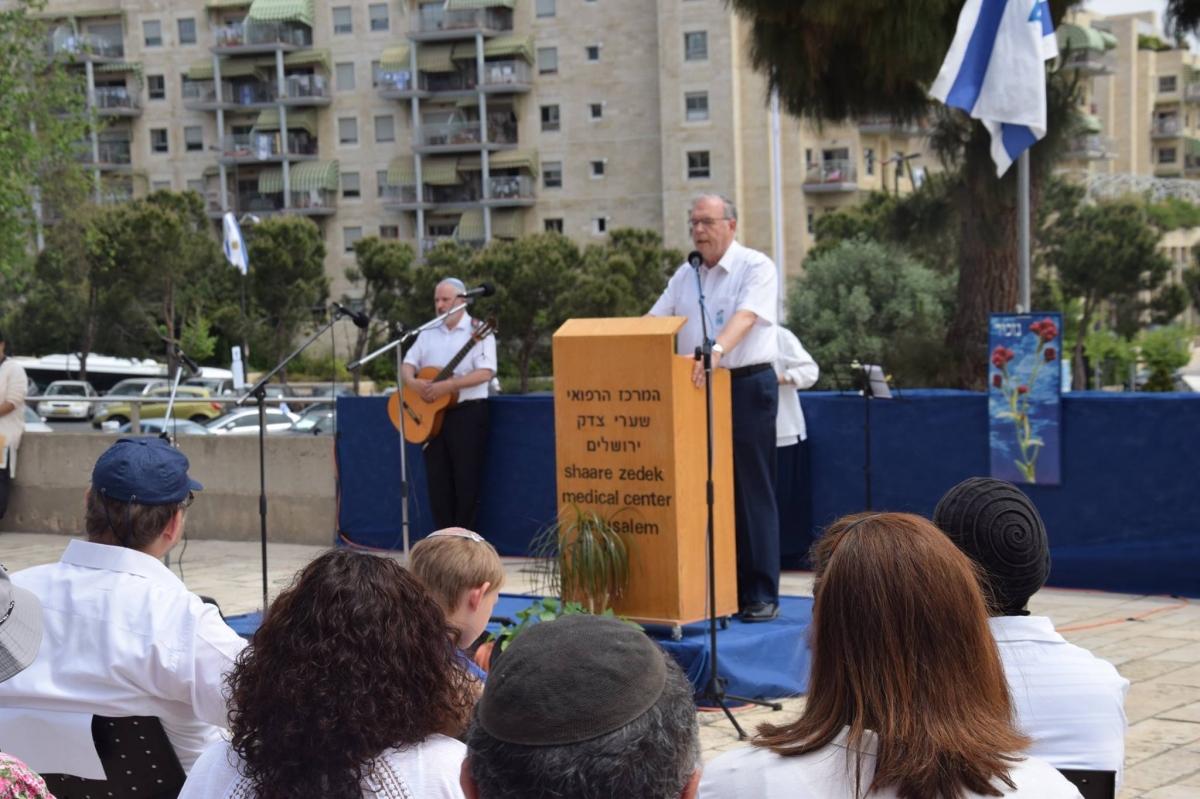 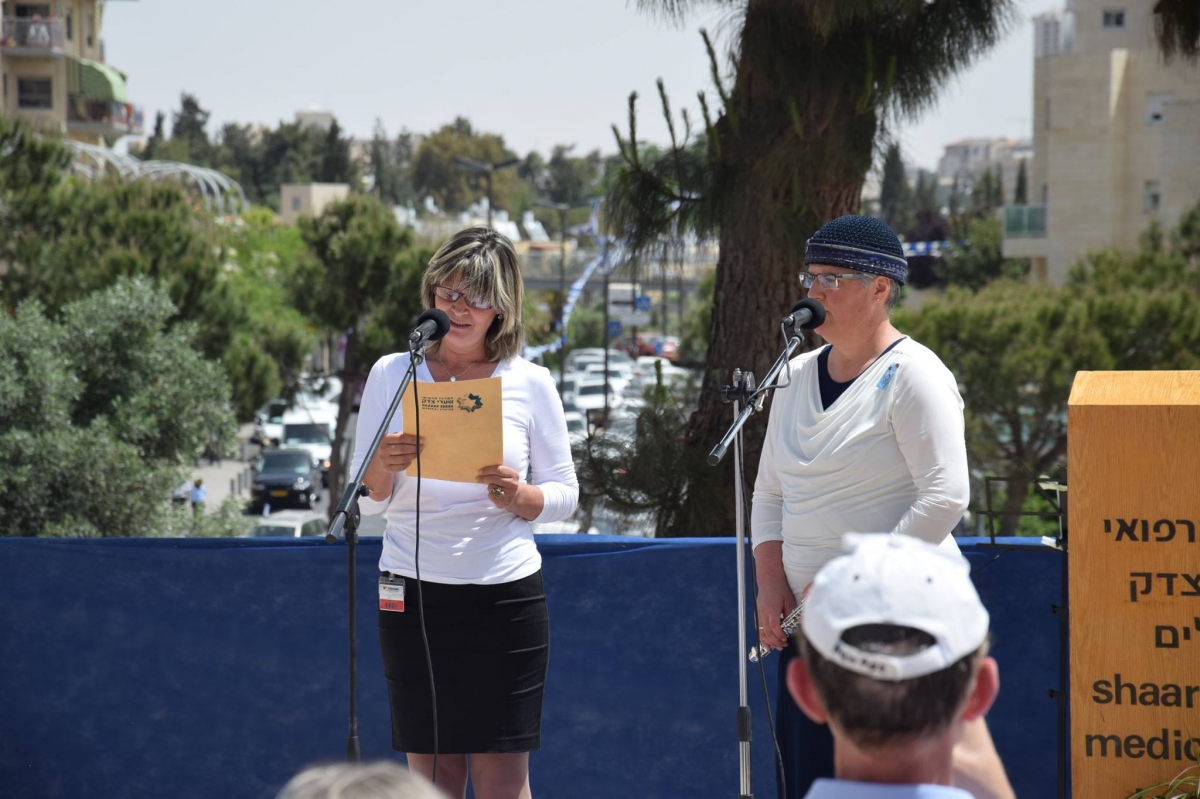 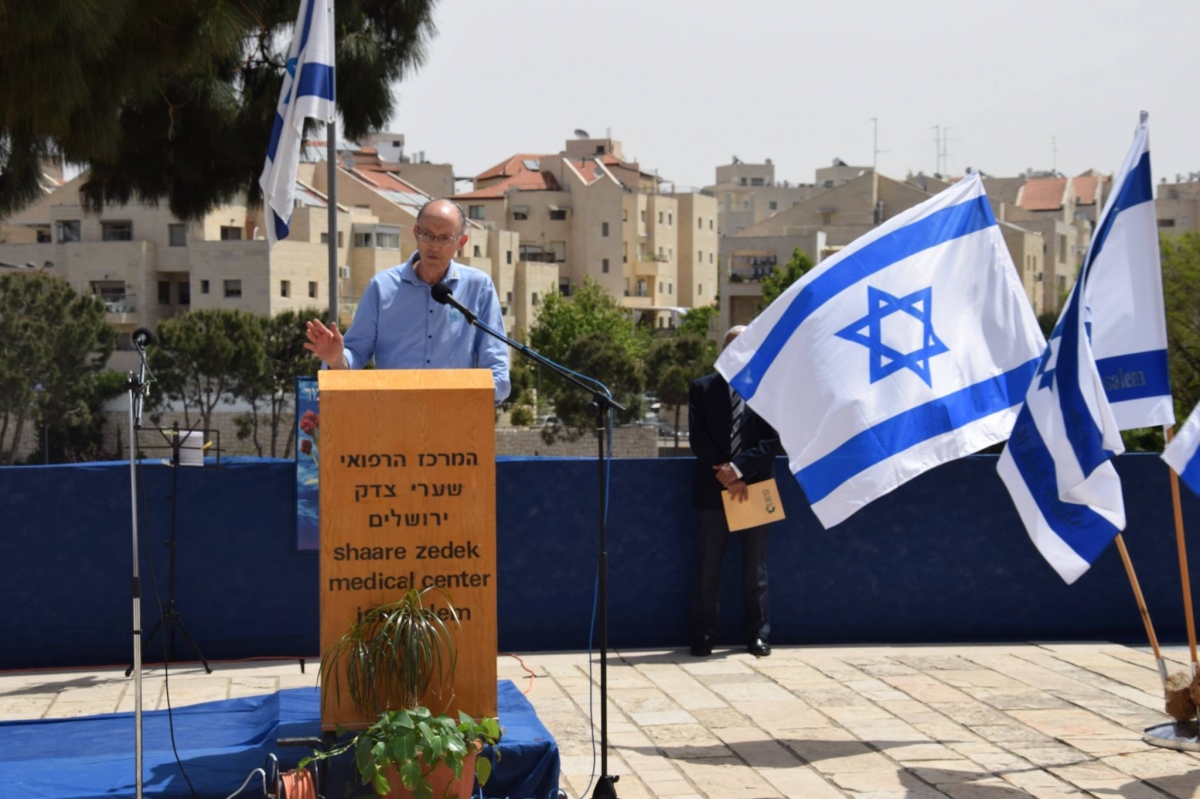 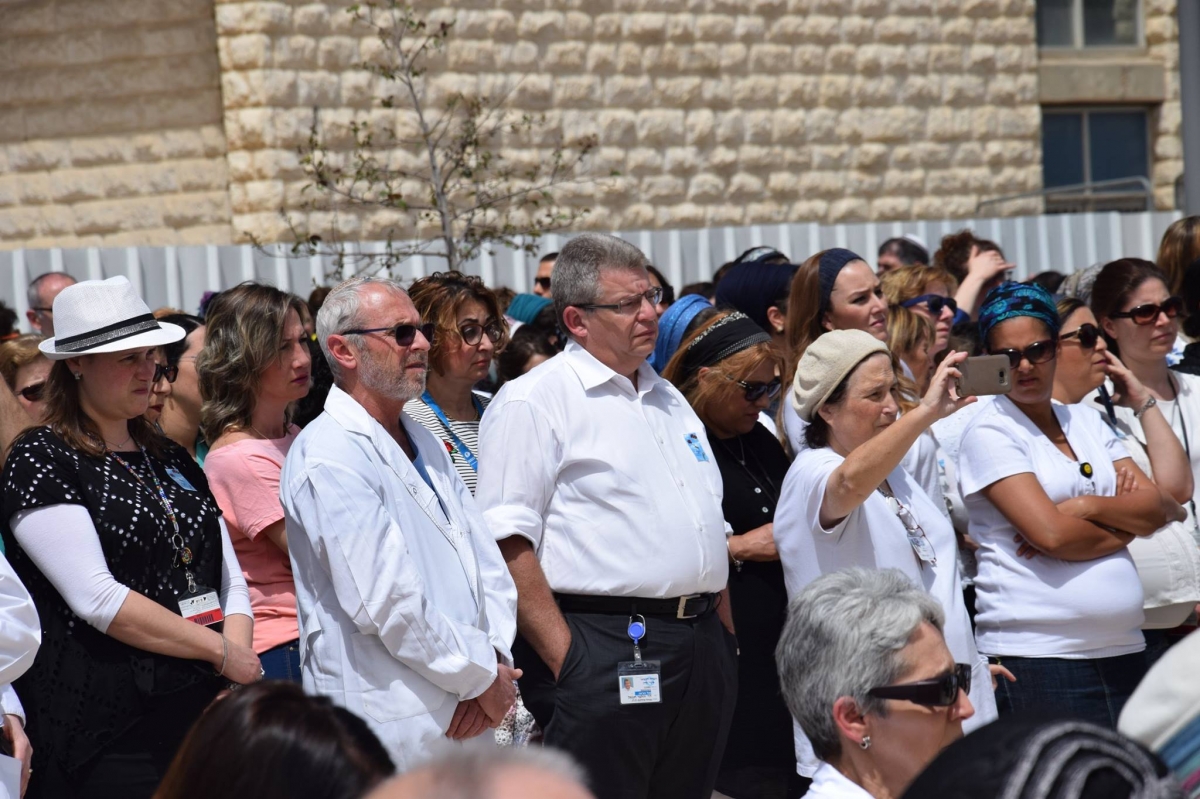 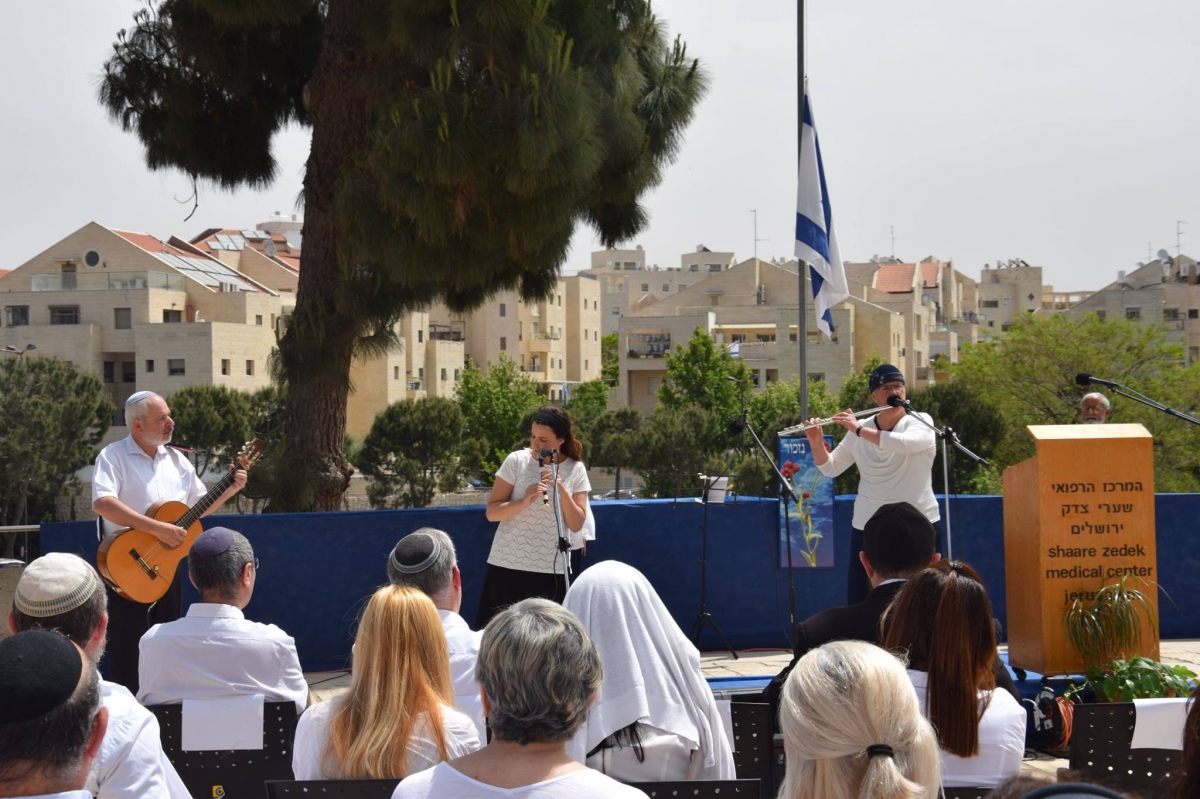 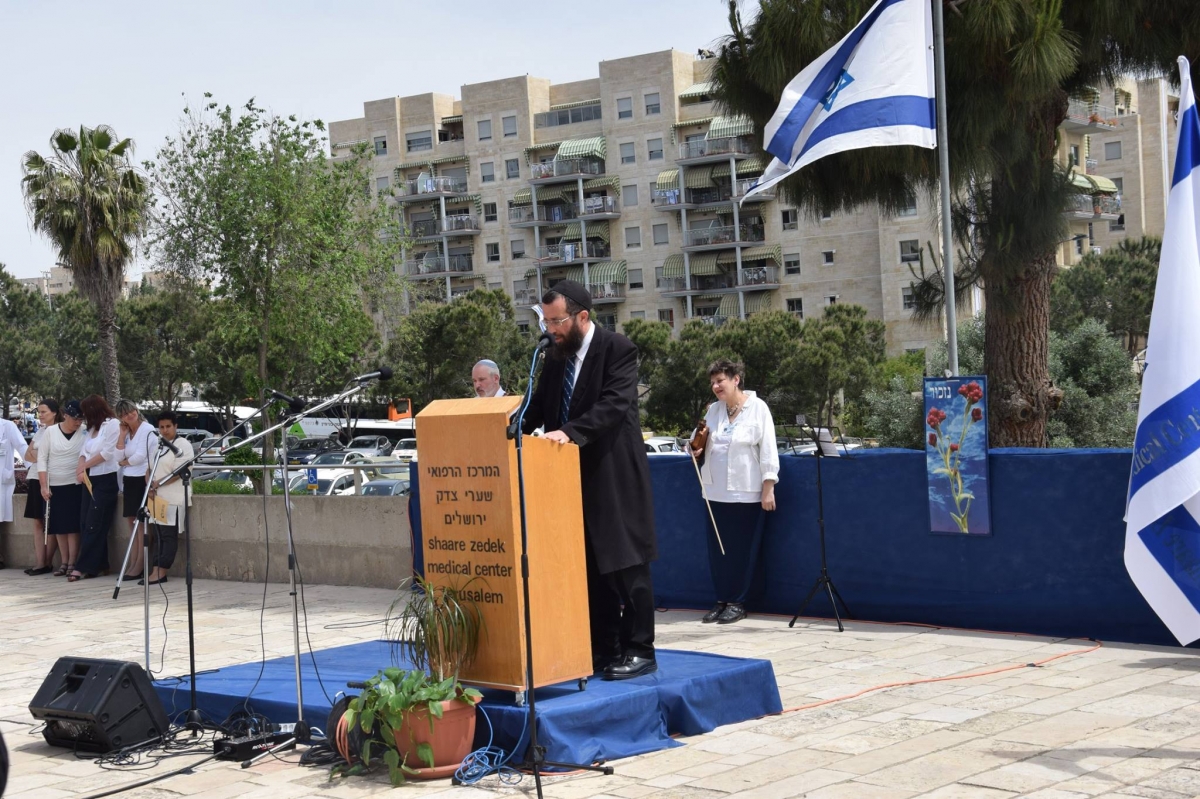 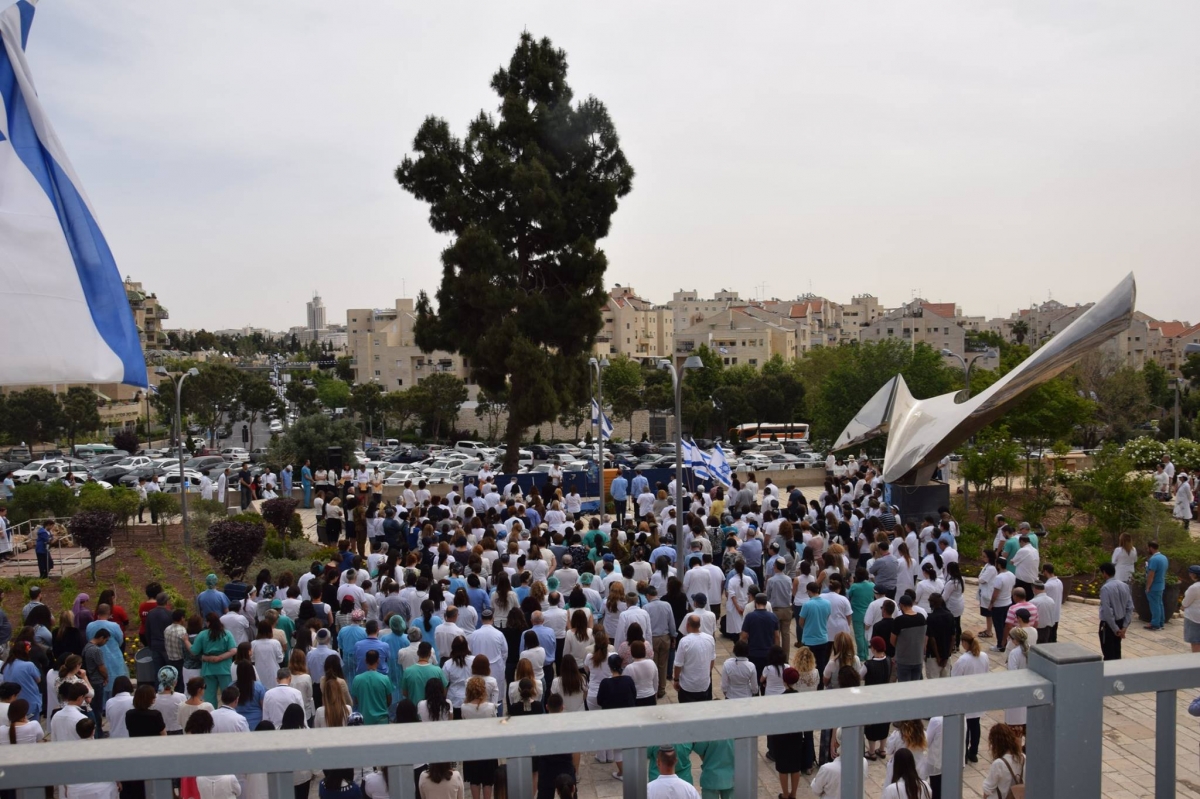 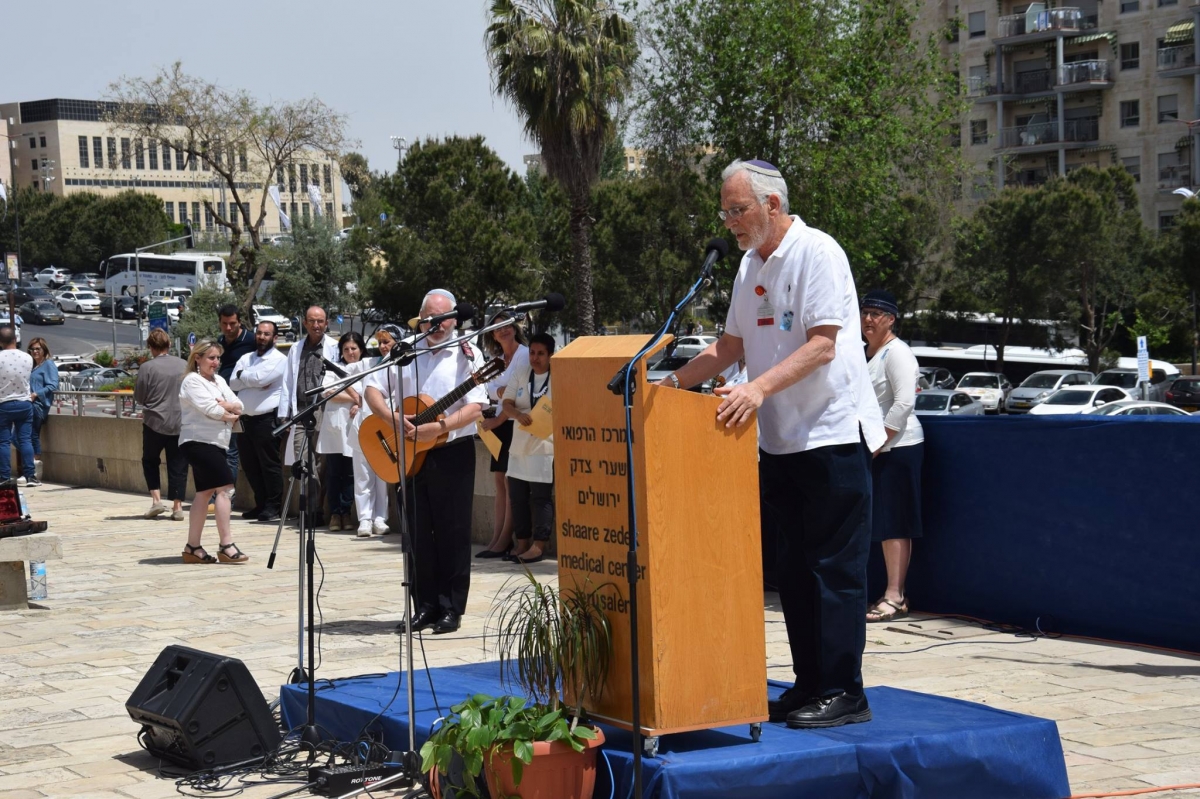 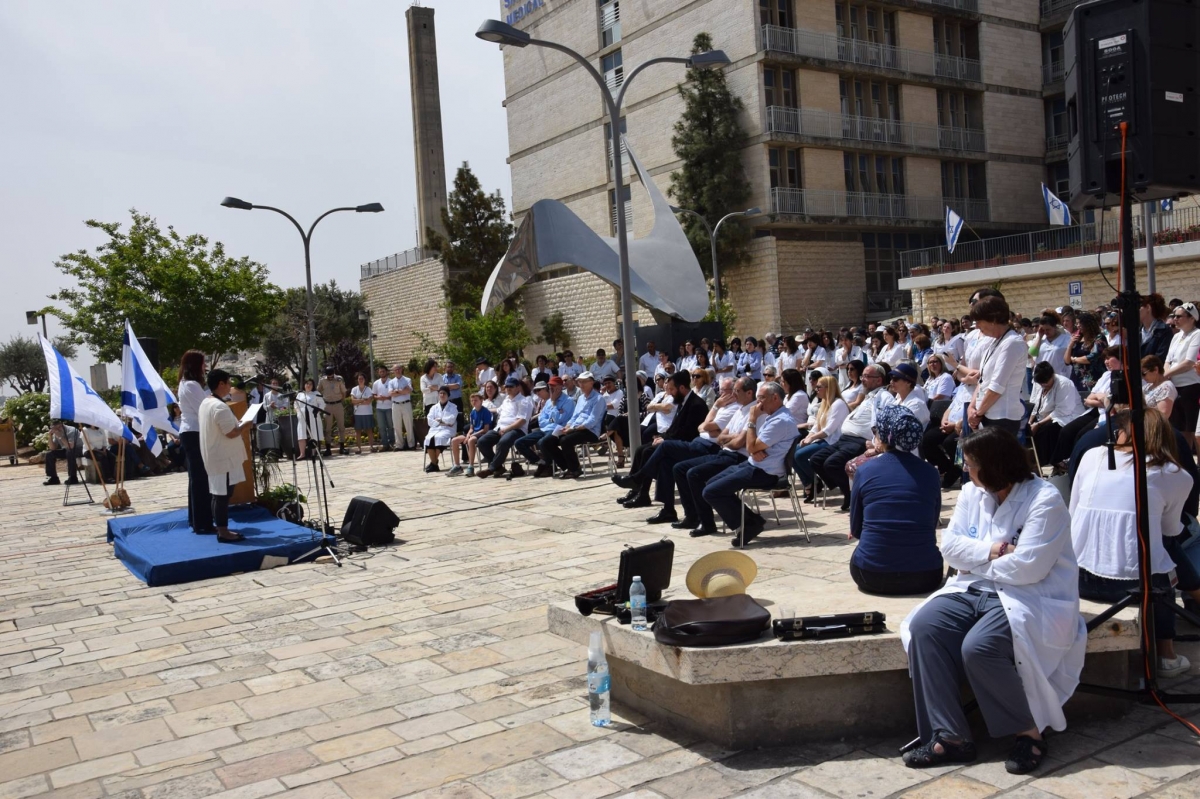 At the Yom Hazikaron Ceremony at Shaare Zedek Medical Center on May 1, 2017, our staff, patients, and visitors marked Israel’s Memorial Day by remembering the 23,544 Israeli soldiers who have fallen in defense of the State of Israel, and 3,117 victims of terrorism.  Speakers included Yaron Shor, who shared memories of his son, Sergeant Barkai Yishai Shor z”l, from Jerusalem, who fell near Kibbutz Nahal Oz during Operation Protective Edge. He had been protecting the people of Israel from terrorists who penetrated the border by tunneling underground from Gaza.

From the age of 15, Barkai Shor z”l volunteered with Magen David Adom, Israel’s national ambulance service. His life was tragically cut short before he had the opportunity to fulfill his dream of medical school and a life of helping others as a physician.

“Barkai had a strong connection with Shaare Zedek,” Yaron shared. “He dreamed of becoming a doctor. He visited Shaare Zedek many times as part of his volunteer efforts with MADA and at various times he would come to the medical center to visit with patients.”

Shaare Zedek Medical Center today proudly offers treatment in the Barkai Shor Gynecology Outpatient Clinics on the 9th Floor of our Next Generation Building. May his memory be blessed.